Here are some of my favorite picture books of the year.  I realized that if I listed them all in one post, I wouldn't finish writing about them until January!  So here is what I hope is only the first installment. 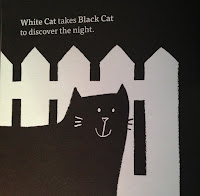 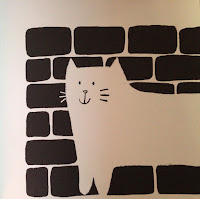 Black Cat, White Cat. This book is just gorgeous. Borando uses the contrast and symmetry between black and white to stunning effect.  And the surprise ending (although genetically impossible), is hinted at by the one spot of orangey-red color on the cover. 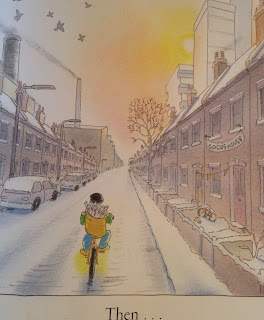 How the Sun Got to Coco's House.  Bob Graham is the master of the "small moment" story.  He takes one moment, expands on it, and makes it universal.  Or, as here, he does the opposite.  Rather than show us everything that happens in one moment, as in The Silver Button, here he takes us around the world as we follow the sun.  This is a beautiful, visually poetic take on time. A nice companion to non-fiction about time zones and the movement of the earth. 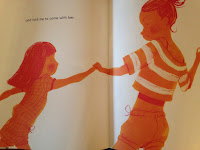 Whatever Happened to My Sister?  I think this is the only picture book which addresses the sadness - even grief - a younger child feels as her older sibling grows up and, in some ways, outgrows her.  When I asked my 7-year-old what the book was about she said, "Yeah, it's about the sister getting her period and stuff."  While the book never addresses the physical aspects of puberty, it addresses the emotional ones - for both the child going through it and her younger sibling. The resolution at the end shows that although growing up has changed the sisters' relationship, it has not severed their sororal bond. 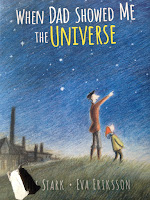 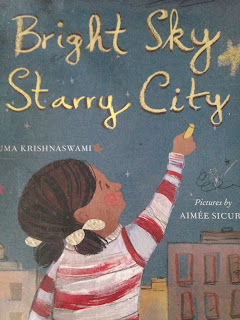 Bright Sky, Starry City.  A blackout allows a city girl to see the stars. Lovely.  Factual information at the end about light pollution is an added bonus.

When Dad Showed Me the Universe.  A touching, funny story about the differences in the perceptions of adults and children. I loved it, but I must admit it was lost on my 7-year-old. 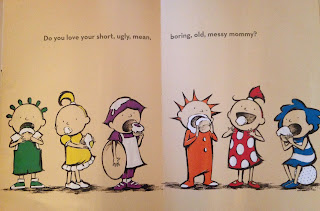 Is Mommy? This seemingly silly book, with illustrations to match by one of my favorite illustrators, Marla Frazee, is really about the enduring love children have for their mothers. Toddlers answer all the questions about their mommies in the negative - she is messy, old, ugly, mean.  But do they still love her?  Of course!  My 10-year-old loved this one and was thrilled to read it to her 2-year-old cousin.


Mesmerized.  The true story of how Benjamin Franklin exposed Dr. Mesmer as a fraud is fascinating in itself.  This well-written, well-illustrated book goes one step further and explains the scientific method in a clear, coherent manner. Great for history buffs, budding scientists and doctors, older children, and well, pretty much everyone else, too. Now that I think of it, why hasn't this book been mentioned anywhere for an award? Perhaps the Sibert, for informational books? 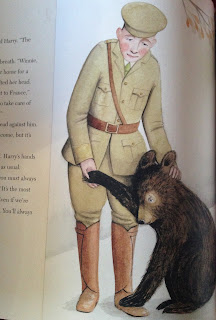 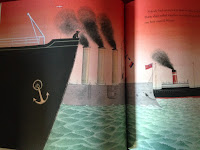 Finding Winnie: The True Story of the World's Most Famous Bear.  In addition to the beautiful illustrations, which have been justly heralded and talked about as deserving a Caldecott, I love this book for the way it talks about the power of stories.  The book is framed as the author telling the story of her great-grandfather to her son, who is named after him.  Her great-grandfather is the man who bought a bear he named Winnie, who eventually lived at the London Zoo, who in turn was the inspiration for A.A. Milne's Winnie-the-Pooh stories.  As the author says, "Sometimes you have to let one story end so the next can begin."  When her son asks if the story is all true, she answers, "Sometimes the best stories are."  With photos of her great-grandfather, Winnie, and the real Christopher Robin at the end, this book is a treasure. Although it is a bit long for younger children, the book separates the two stories, so that it could easily be read in two separate installments.

Drum Dream Girl: How One Girl's Courage Changed Music by Margarita Engle, illustrated by Rafael Lopez.  The more I read this to classes at school, the more I love it. The vibrant colors, the musical free verse, the determination of the heroine.  This may be my first choice in our mock Caldecott.

Which picture books were your favorites this year?