Do you remember those TV ads for the Publishers Clearinghouse sweepstakes?  You know, the ones where they knock on someone's door and tell them they've won $25,000?  Well, every time my sister and I saw one of those, we had the same reaction: Why doesn't anyone who lives in an apartment ever win? 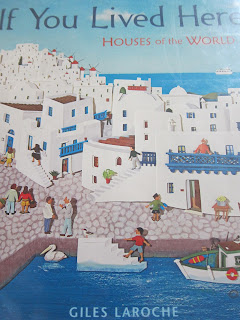 I have the same question about children's books.  Where are the apartment buildings? Perhaps, as a lifelong apartment-dweller myself, I am oversensitive and thus exaggerating their scarcity.  Sure, there are some books - some pretty famous ones, at that - featuring apartment dwellers: When You Reach Me, Liar and Spy, and Goodbye Stranger, all by Rebecca Stead, the Riverside Kids books (these really get at the heart of apartment living, with unpleasant interactions in the elevator, a building-wide party, and Nora's imagining all 200 residents brushing their teeth at the same time!), the Clementine series, and the Fudge books (except for the year the Hatcher family decamps for New Jersey).  The characters in Mark Goldblatt's Twerp and its sequel, Finding the Worm, live in apartment buildings in Queens.  Harriet the Spy is a city dweller, but her wealthy family lives in a house, as do the Primms of Lyle the Crocodile books.  Ditto for the Melendy Quartet.  Some older books, especially those that feature immigrants, are set in (small) apartment buildings such as All-of-a-Kind Family series and In the Year of the Boar and Jackie Robinson.  But modern, apartment dwelling kids?  They seem to be few and far between.

As for picture books, such depictions seem even more rare. Amy Schwartz's A Glorious Day portrays the daily activities of the residents of a low-scale Brooklyn apartment building. What Happens on Wednesdays, Nana in the City (where a boy becomes reconciled to his grandma living in the city, but still doesn't want to live there himself!), the books of Ezra Jack Keats, Gina, a little known out-of-print gem by Bernard Waber about a tomboy who lives in Queens also come to mind.  (Speaking of which, the latter, Mark Goldblatt's books, and How Pizza Came to Queens are the only children's books I have found set in Queens.)  Some others, like Tar Beach, feature apartment dwellers, but that fact plays little to no role in the story. 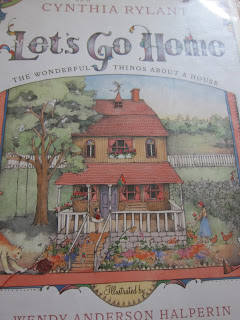 Even non-fiction books that take as their subject matter homes seem to equate homes with houses, not apartments.  In Carson Ellis's otherwise lovely Home, apartments get barely a glancing mention.  In If You Lived Here (which admittedly does have the subtitle Houses of the World), there is nary an apartment to be found, although there are other types of multiple dwellings mentioned, such as the tulou of China.  And in Cynthia Rylant's Let's Go Home: The Wonderful Things About a House (emphasis added), of course only addresses the components of houses (including a ridiculously big bathroom).  A search did uncover Apartment Book, but I can't think of any other books about apartments and/or apartment buildings.  Not (only) how they are built, not their architecture or engineering, but how they function as homes.

What children's fiction can you think of where the protagonist lives in an apartment?  Is there non-fiction about apartment buildings that I've missed?

Is it me, or do way more children's book protagonists live in houses than apartments?
Posted by Even in Australia at 5:22 PM No comments: