In an earlier post, I claimed that Alison Murray's Apple Pie ABC was the only alphabet book that told a story through words in alphabetical order. In that book, a mischievous dog is tempted by the apple pie cooling on the table.


Well, I have been proven wrong by the relatively recent Oops, Pounce, Quick, Run! by Mike Twohy which also tells the story of a dog, this time one whose beloved ball rolls into a mousehole. 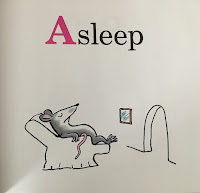 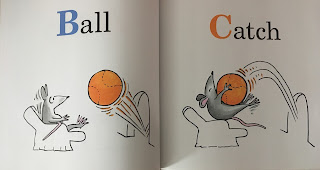 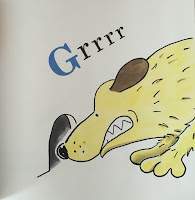 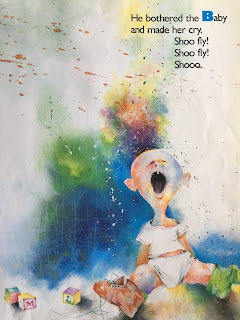 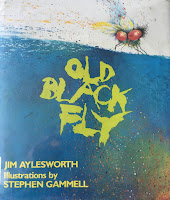 And then I stumbled upon Old Black Fly by Jim Aylesworth, which uses a simlar format.  He tells the story of a black fly alighting on different objects or irritating various people which start with each letter of the alphabet in order.  Those letters are in a different color, literally highlighted on the page.  With stunning, splattery, and very funny art by Stephen Gammell, as well as a gory, satisfying ending, this one's a winner. My kindergarteners sat open-mouthed (really!) while they listened to it.

I'm also looking forward to the publication of The Little Red Cat Who Ran Away and Learned His ABC's (the Hard Way) in September.  It looks like a nice addition to the genre. 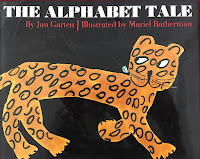 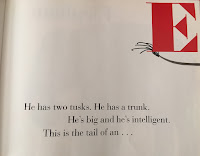 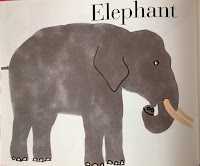 Another serendipitous discovery, found among the animal books, is Jan Garten's The Alphabet Tale, this 1964 book is still fresh and appealing with delightful illustrations by Muriel Batherman. Each recto (right-hand page) shows an animal tail, with a clue in rhyming verse.  On the following page, the last word of the rhyme names the animal the tail belongs to and shows the animal in full.  Rhyming intelligent and elephant and bottomless and hippopotamus are, in my opinion, strokes of genius. 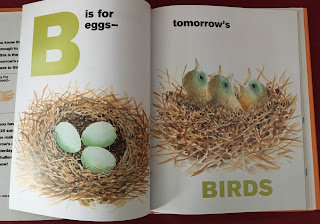 Tomorrow's Alphabet by George Shannon and illustrated by Donald Crews would be another perfect interactive guessing game if it weren't for the fact that the answer is given on the facing page, rather than after the page turn.  I resorted to covering that page with a piece of paper to remedy the problem.  Each page states that a letter is for something it is decidedly NOT, but something they can or will turn into in the future.  For example, B is for eggs, since they will hatch into birds.  My kindergarteners caught on quickly and were soon shouting out their guesses. 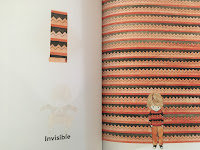 Normally I wouldn't pick up a book about feelings. Too gooey, too sappy, too obvious.  But I'm so glad I picked up Today I Feel... An Alphabet of Feelings.  The feelings go way beyond the usual sad, mad, glad, and the illustrations do too.

What are your favorite alphabet books?