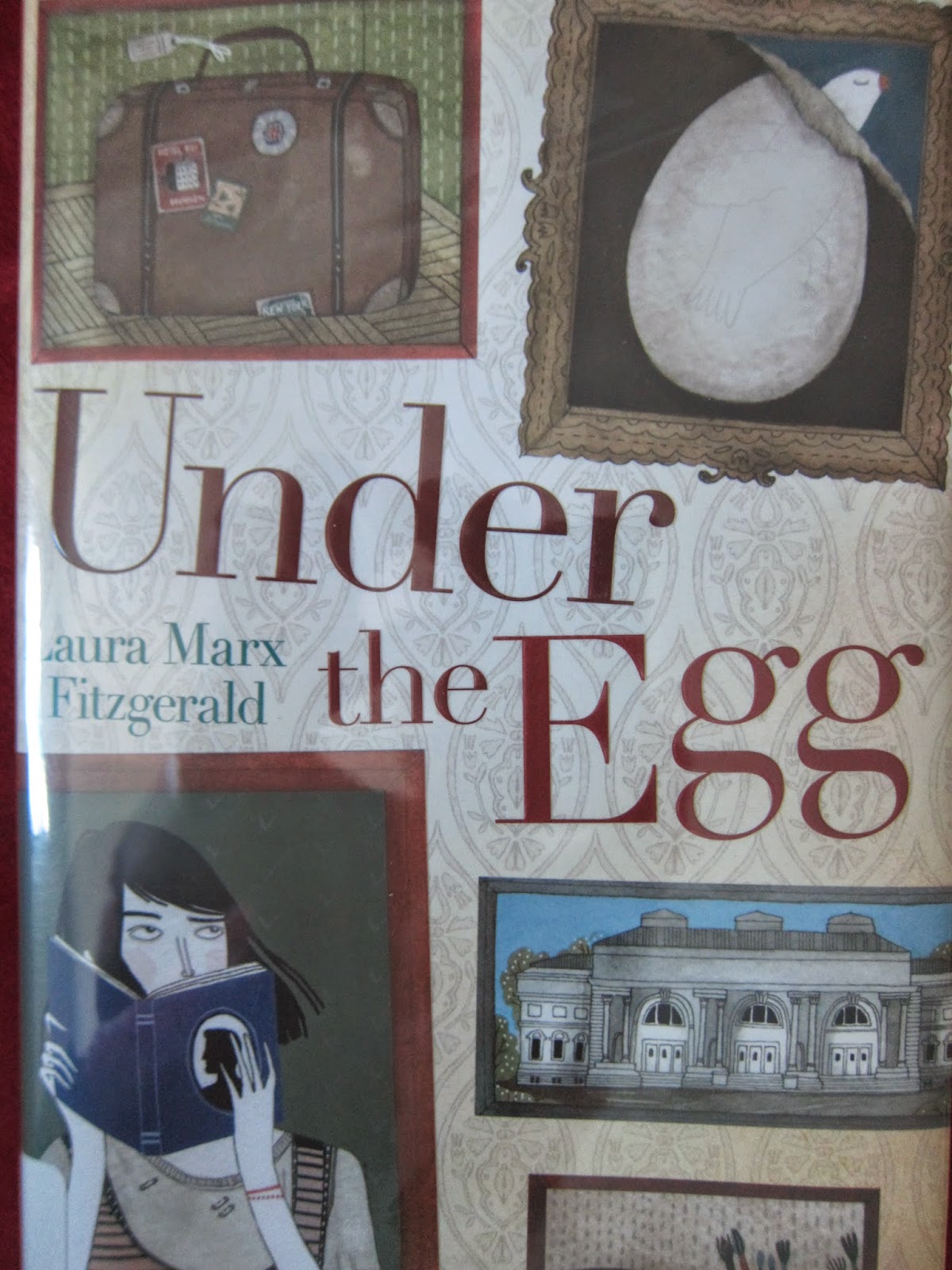 Authors love to get parents out of the way so that their child protagonists are free to embark on their adventures.  Often one parent is killed off (as I've written about before, it's usually the mother) and the remaining parent is of the absent-minded professor sort.  Mr. Mildew of the Tumtum and Nutmeg books and Mr. Melendy of the Melendy Quartet both come to mind as examples of the type.  Sometimes the children have a maternal figure in the form of a housekeeper or nanny, such as in the Melendy Quartet, or the Shoes books, or the Penderwicks series.  But when they don't, as in the Tumtum and Nutmeg books, it often strains credibility to believe that the children can take care of themselves and that Child Protective Services (or its British equivalent) has not appeared on their doorstep.  The neglect is supposed to be benign, but it often comes perilously close to being worse than that.  And in Under the Egg, it very clearly crosses that line.

In Under the Egg, thirteen-year-old Theodora Tenpenny, whose father died years ago, tries to solve an art-related mystery, leading all the way back to the Holocaust, presented to her by her grandfather's dying words.  The adventure and research and plot (except for a too-neat ending) were all wonderful, but I was really disturbed by the character of Theo's mother, who is clearly mentally ill.  A mathematician who has taken refuge in her work (which is of dubious quality), she is unable to care for herself, much less Theo.  Once her grandfather dies, Theo has to care for both herself and her mother, doing everything from growing food in the garden to save money, to shopping, planning and cooking meals, fixing things in their old home, and handling the finances.  Perhaps we are supposed to be impressed by Theo's resourcefulness, but I was more struck by the fact that Theo is so obviously hungry that the gruff but kind local diner owner offers her free food (but does not call Child Protective Services!).

Theo explains why she does not seek help for herself or her mother, saying that if she did, "the Tenpennys [wouldn't be] the Tenpennys anymore.  It would just be the name on the door of a house I used to live in.  Before I went to foster care.  And then I would be really, truly, entirely alone."  That's understandable, but it sends readers the wrong message.

The mother's condition is so serious as to bring her to the forefront of the book, rather than eliminating her as a plot point.  Moreover, the book treats mental illness too lightly, and ignores the burdens - fiscal, physical, and emotional - that such illness puts on the relatives of the sick individual.  The author either missed an opportunity to address mental illness or should have found another way of getting rid of Theo's mother.

In contrast, Theo's friend's parents are disposed of by being wealthy movie stars, too busy, too preoccupied, and too famous to take care of her, and she is taken care of by a full staff instead.  That, to me, is a preferable method of disposing of parents!

What do you think about the ways parents or parental figures are disposed of in children's books? Can you think of a children's book that deals with mental illness?
Posted by Even in Australia at 8:21 AM

Email ThisBlogThis!Share to TwitterShare to FacebookShare to Pinterest
Labels: Disposing of parents, Mental illness, Orphans, The Melendy Quartet, Tumtum and Nutmeg, Under the Egg