To Get All Meta on You: Books about Books, Libraries and Reading 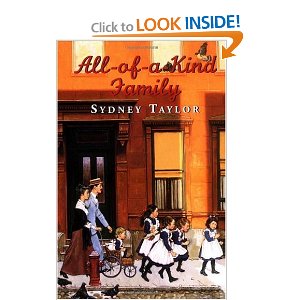 Because of my aforementioned library addiction, I hold books that mention libraries and books, and those that feature readers, especially dear.  One of my favorites is the All-of-a-Kind Family series by Sydney Taylor.  This series follows the lives of five sisters growing up on the Jewish Lower East Side (where I grew up!) at the turn of the last century.  All but the first book are out of print, but many used copies can be found online.  There are five books in the series.
One week Sarah, the responsible, studious middle child, loses her book.  She is terrified to tell the librarian and devastated to hear of the cost to replace it.  Don't worry - it all works out in the end.  Not only that, but both the librarian and Ella, the oldest daughter, find love in or through the library.  Ella's beau (a much better word than boyfriend, don't you think?) actually introduces himself by sending her a note in a book she had hidden in the stacks.  What could be more romantic? 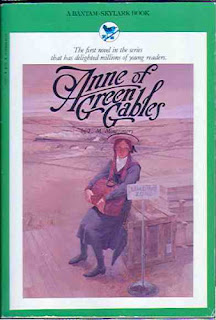 But the best book-within-a-book reference in this series comes in the third book (confusingly called More All-of-a-Kind Family, while the second is All-of-a-Kind Family Downtown), when Henny finds Anne of Avonlea by Lucy Maud Montgomery the then-just-published sequel to Anne of Green Gables at the library one day. This reference sent me running to Wikipedia, http://en.wikipedia.org/wiki/Anne_of_green_gables.
Somehow I'd always thought that the Anne books had been written in the 1920s at least, which would have post-dated Henny's discovery.  But no, the first was published in 1908, with Anne of Avonlea coming out just a year later.  So that means some of my favorite fictional characters were enjoying another one of my favorite fictional characters - how cool is that!
Although this blog is geared more toward younger audiences (at least for now, while my own children are young), I can't write a post about books about books, reading and libraries without mentioning one for older readers, A Tree Grows in Brooklyn by Betty Smith. 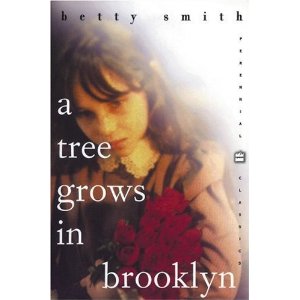 My fruitless search for an image of the edition I have (how attached we can get to the edition and cover art of a book! - only the link to All-of-a-Kind Family Downtown shows the cover art I remember from that series) did lead me to another nice discovery: that Anna Quindlen, one of my favorite essayists and novelists who has written her own book-length essay on the joys of reading http://www.amazon.com/How-Reading-Changed-My-Life/dp/0345422783/ref=sr_1_1?s=books&ie=UTF8&qid=1293227557&sr=1-1, has written a foreword to this book http://www.amazon.com/Grows-Brooklyn-Betty-Quindlen-Foreword/dp/898840436X/ref=sr_1_2?ie=UTF8&s=books&qid=1293227517&sr=1-2.  Being me, I promptly put a library hold on this edition.
There are many lovely moments in the book describing Francie, the protagonist, taking joy in books and words and in the library itself, but the description of how Francie learns to read is simply perfect:
"Oh, magic hour when a child first knows it can read printed words!

For quite a while, Francie had been spelling out letters, sounding them and then putting the sounds together to mean a word.  But one day, she look at a page and the word mouse had instantaneous meaning.  She looked at the word and the picture of a gray mouse scampered through her mind.  She looked farther and when she saw "horse," she heard him pawing the ground and saw the sun glint on his glossy coat.  The word "running" hit her suddenly and she breathed hard as though running herself....

From that time on, the world was hers for the reading.  She would never be lonely again..."

And there you go.
Posted by Even in Australia at 11:07 AM